Face a Fridge by Thierry Noir

Between 2nd and 7th September 2016, Berlin’s historic East Side Gallery was transformed into a specially designed upcycled container. The pop-up atelier stood on stilts on the landing stage of the Mercedes-Benz Arena, right next to the River Spree. Within it, artist Theirry Noir would stay every day between 10 am and 10 pm and paint Grundig refrigerators in front of the visitors.

By the end of the 5 days, Noir had painted a total of 20 Grundig double-door refrigerators, each cultivated from not only a technological wonder but now also into a colourful work of art. On the fridges, he painted his interpretation of Chef Massimo Bottura’s Food for Soul campaign, which we are proud to work closely with along with our Respect Food campaign, which promotes mindfulness when wasting food.

Each refrigerator was then auctioned off on behalf of Bottura’s Food for Soul initiative, which aims to feed the disadvantaged by cooking dishes from food which would have otherwise been thrown away 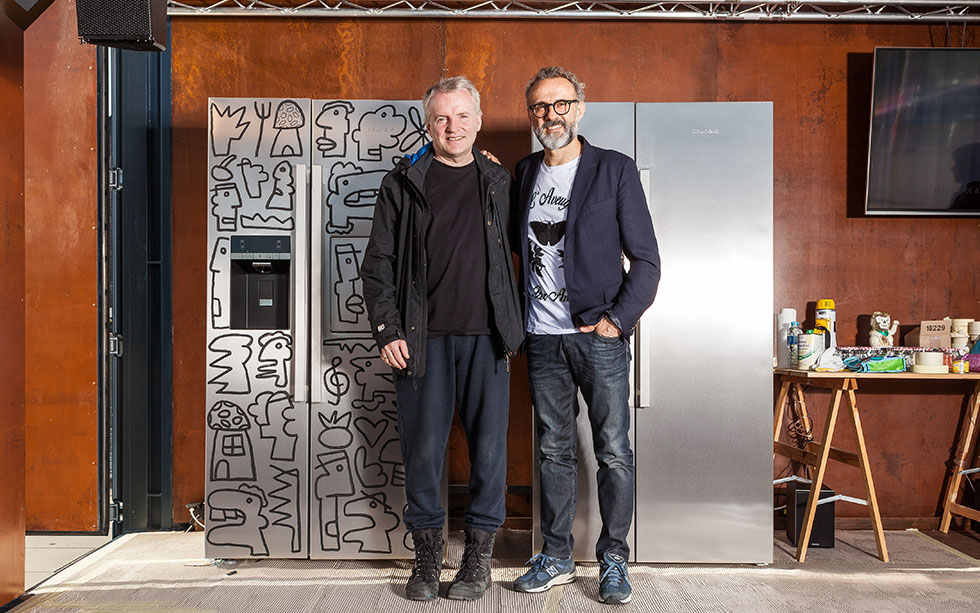 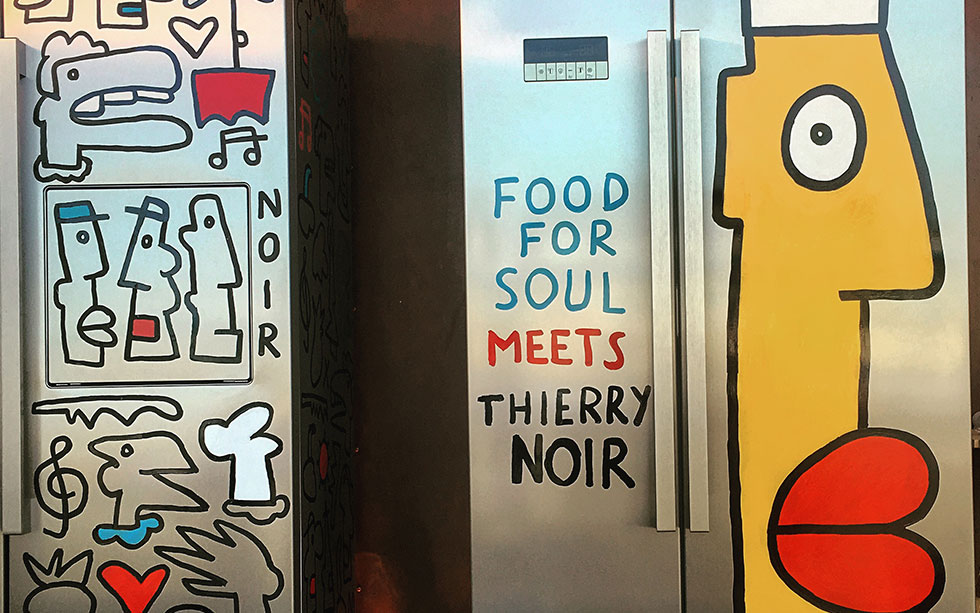 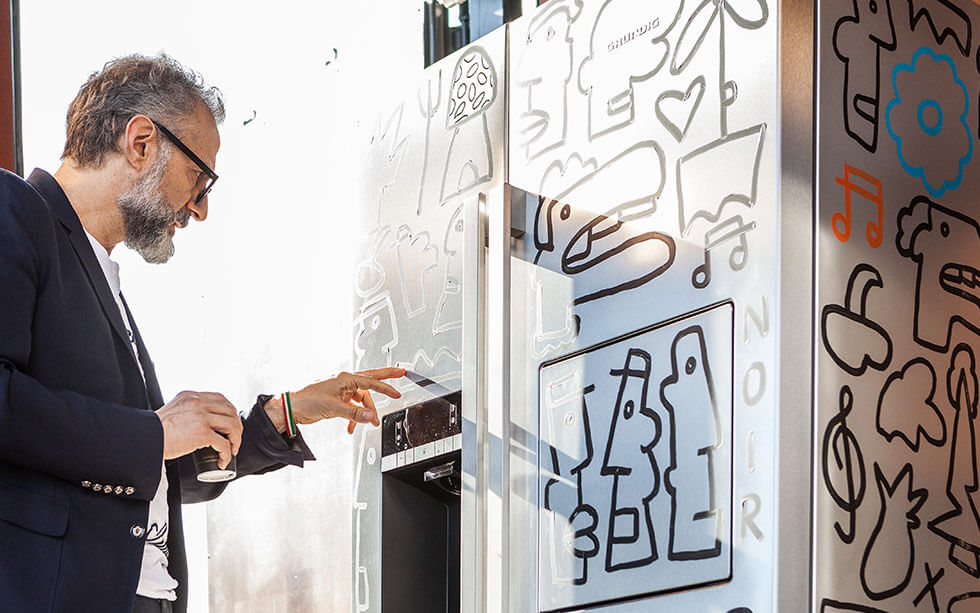 During the signature hour on the last 2 days of Noir’s pop-up, visitors could bring their own Grundig appliances and have them painted by the artist himself. Each appliance would turn out to be a unique, priceless, work of art; both inside and out. Engineered by Grundig, and painted by Theirry Noir.

Born in Lyon, France in 1958, Thierry Noir moved to Berlin in 1982. Drawn in by the likes of David Bowie, Lou Reed and Iggy Pop, who were living in Berlin at the time, Noir brought with him nothing but two suitcases and an artistic passion. In 1984 he began to paint and graffiti on the Western side of the Berlin Wall, to ‘demystify’ and ‘decorate the rough pallor of the anti-fascist protective wall’. He described it as the ‘largest concrete canvas in the world’, and this would soon be a huge inspiration for the rest of his work. Scrawled with writings, doodles and portraits from years before, Noir’s style soon began to involve the largeness of the emotions captured on the Berlin Wall. His artwork began to include pictograms, protruding noses and swelling lips, finished off with loud and aerially applied colours. He sees his work as symbolising the freedom that came with the reunification of Berlin, as well as symbols of a ‘world of poetry’.

We at Grundig are delighted to have worked with Noir, who helped us help the world. Because we believe that ‘wasting food is wasting life’, and life is simply too precious to be wasted.

Find out more at faceafridge.com.