One of the recent projects to draw attention to food waste is Italian chef Massimo Bottura’s Food for Soul project. Bottura, a brand ambassador for Grundig, won first place at World’s 50 Best twice with his restaurant Osteria Francescana in Modena. Thousands of chefs and volunteers have been participating in the project since 2015. The restaurant part of the project, named Refettorio, has been launched in France after openings in Milano, Rio and London. There are many more countries to follow. The project not only focuses on food waste but also includes a restaurant dedicated to giving food to the homeless and vulnerable and making them feel good.

The first book “Bread is Gold”, inspired by the first Refettorio in Milan, is now on the shelves. The theme of Expo Milano in 2015 was “Feeding the Planet, Energy for Life”. Refettorio Ambrosiano was launched during the Expo and is still serving the homeless. It hosted a different chef every week during the Expo two years ago. The guest chefs included legendary names like Alain Ducasse, Alex Atala, Rene Redzepi and Mauro Colagreco. Each chef created completely new dishes using the leftovers from the stands in the Expo. 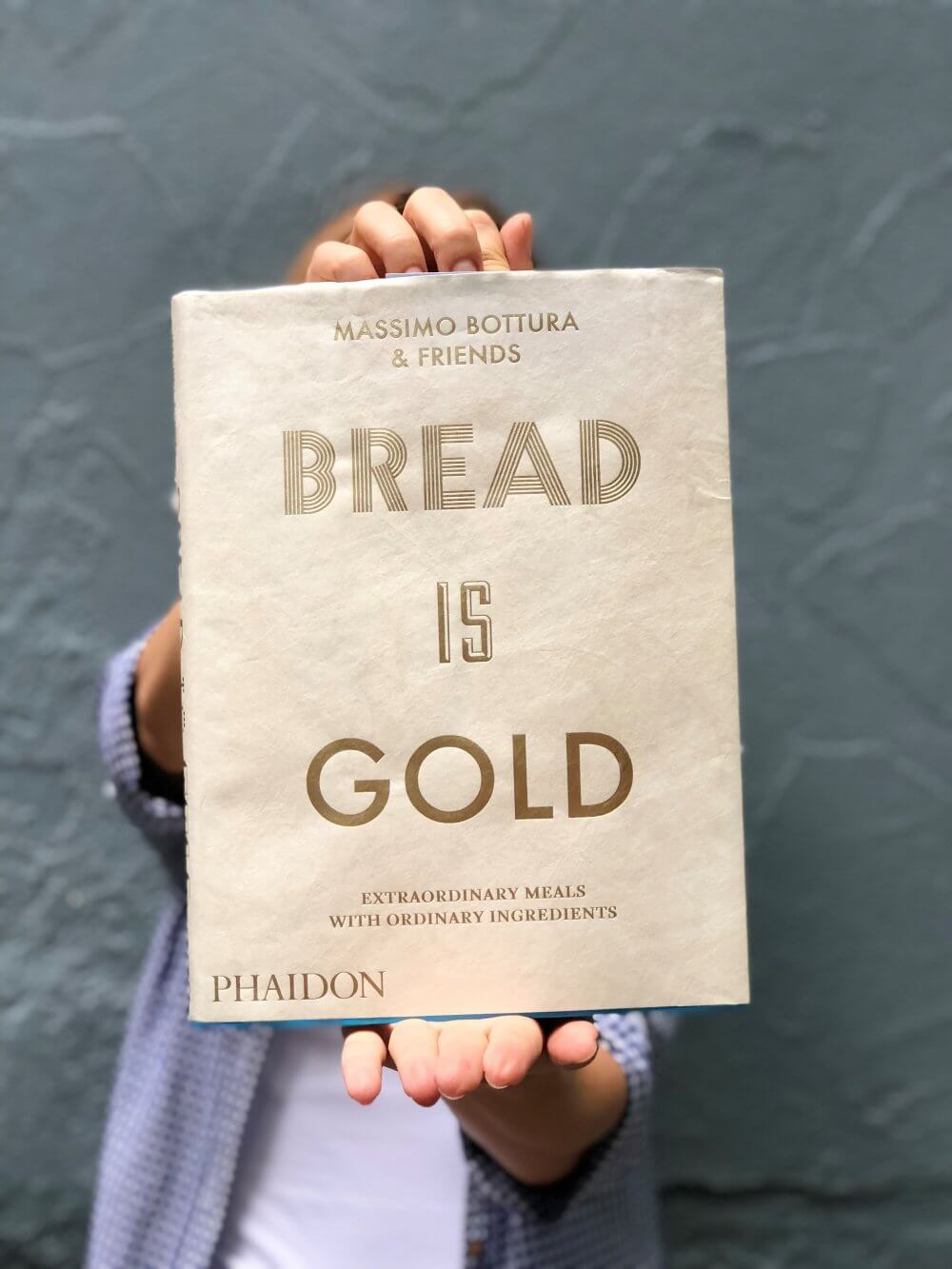 Bread is Gold, published by Phaidon Press, is an amazing book with stories and recipes from these visits. The recipes are not only inspiring but also so simple that you can easily cook them at home. The book includes brilliant ideas such as using stale popcorn in pasta sauce and making an aromatic sauce from banana skins.

At the beginning of his book, Massimo says, “Improvise, experiment, and cook with urgency” because this book is meant to be “a guide and a starting point for cooking out of your pantry and refrigerator”. There are empty lines for after every recipe for making notes in the book. It is great for using both as a cookbook and for writing new recipes and ideas.