The fig and all its secrets

The fig and all its secrets

Don’t be fooled by its delicate branches and sweet fruits – the fig is an extremely tough tree. Its strong snake-like roots can even put a hole through pipes. If you accidentally planted it near your house, it would stealthily crack the walls. There is a reason for the Turkish idioms about figs, such as “plant a fig tree in one’s house” (meaning to ruin one’s family) and “the fig has a dark shadow” (used to describe someone intimidating).

People have been growing figs for over 10,000 years. Ancient Egyptians always put a fig in the baskets they buried with the dead. Those setting off on a long journey depended on the strength provided by dried figs. Athletes and champions also ate figs. The Romans believed that figs were a gift from Bacchus, the god of wine and ecstasy. They fed geese on a lot of figs because they believed it made the goose livers more delicious. As a matter of fact, in many Latin languages, the word liver is derived from the word fig (ficatum), like “fegato” in Italian.

The fig takes its botanical name, ‘Ficus Carica’, from the Karya region in South-western Anatolia. Turkey is by far the world’s largest producer of figs. There is a fig to suit everyone’s tastes: Sweet, sour, honey, large seeds…

You don’t need any excuses to eat figs. In case you were wondering, it is said to be full of vitamins and minerals, with high levels of vitamins A and B6, and is rich in calcium, potassium and iron. Two fresh figs have a calcium content equal to one glass of milk. As figs are high in fibre, they are a natural detox food and have more fibre than apples, bananas and oranges. Figs are rich in antioxidants, which means they can help fight the signs of ageing. The fig is one of the most important aphrodisiac fruits due to its shape and honey-like texture. Its leaves are also recommended for diabetic patients. What more could you ask for? 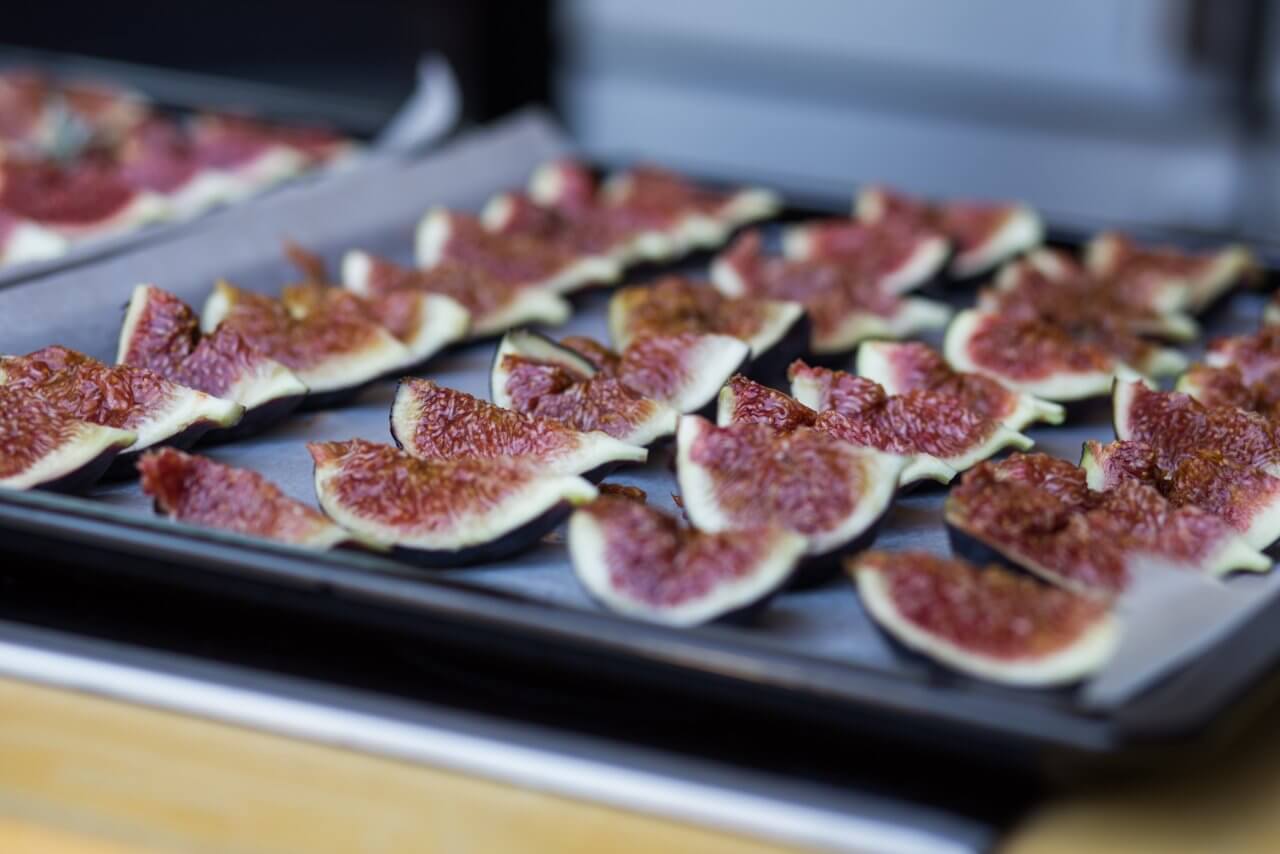 You should eat figs in-season when they are fresh and the honey drips from the inside. If you find an old, not so perfect fig, you can still make them appealing. Sprinkle a little sugar or pour some honey syrup on them. Add a few sprigs of thyme and a little lemon zest or flavour them with alcohol, if you like, and bake. You can serve your sweetened figs with vanilla ice cream or as a side dish with cheese or baked chicken. Considering the birthplace of the fig, it’s no surprise that it pairs well with some of the local ingredients such as honey, pine nuts, sage, rosemary, thyme and almonds.

However, our respect for figs run deeper than the toughness of its tree, the delicious taste of its fruit and its health benefits. The fig is an incredible story of evolution; it is a breathtaking example of nature’s interaction within herself.

First of all, botanically speaking, figs are not actually fruit; they are more like a closed garden with dozens of flowers. They don’t have colourful, charming petals fluttering in the wind like other flowers. This is why figs have to find a carrier to reproduce.

Wasps help figs pollinate. The wasp, also called a fig wasp, can’t live without figs and figs also need this special wasp to live. What is interesting is that wasps have to get inside the fig to lay their eggs and collect pollen. They lose their wings in the process and die inside the fig. So, if we eat the fig are we also eating the wasp?

Yes. The wasps stay inside the fig but the fig destroys it as it ripens. That means yes, the figs we feast on carry traces of wasps inside, but don’t worry! Those crunching sounds you hear are not from the wasp but from the seeds, or rather its tiny flowers.

The relationship between the fig and the wasp is unbelievably complicated. It is still being studied and discussed. If you want to learn more, we recommend “Climbing Mount Improbable” by the evolutionary biologist Richard Dawkins.