The story of salt and its different varieties

The story of salt and its different varieties

We have written about the story of salt and its hundreds of varieties worldwide to satisfy those curious about this important ingredient.

Although harmful when consumed in large quantities, salt is essential for human life: It is the only mineral that humans consume as nourishment. It is an ingredient that enhances the flavour of food and even desserts. It is one of the five tastes along with bitter, sour, umami and sweet and, of course, it is also used extensively in areas other than food.

Salt has always played an important role in history – from legends and religions to migrations and wars. It has been used for centuries not only to add flavour but also to prevent food from going off. In the past, salt was a precious and rare ingredient. It was so precious that Roman soldiers were paid in salt instead of money. The word ‘salary’ in English is known to originate from the Latin word for ‘salt’. There are also several idioms in Turkish that demonstrate the value of salt such as ‘salty’ (used to say that something is expensive) and ‘someone whose salt is dry’ (used to refer to someone who is financially well-off).

The growing interest in the concept of “refinement”, which started in the 19th century, had a direct impact on the reputation of salt. Machine-made became more prestigious than handmade. Though it had once had geographical characteristics, salt suddenly became a uniform product.

However, this trend is starting to reverse. As we have started to show more of an interest in where our food comes from, there have been significant improvements in salt, just as was true of coffee and tea. All around the world, there are now books about salt and stores exclusively selling all different types of salt. There used to be two types of table salt we’ve all heard of: iodised and non-iodised. 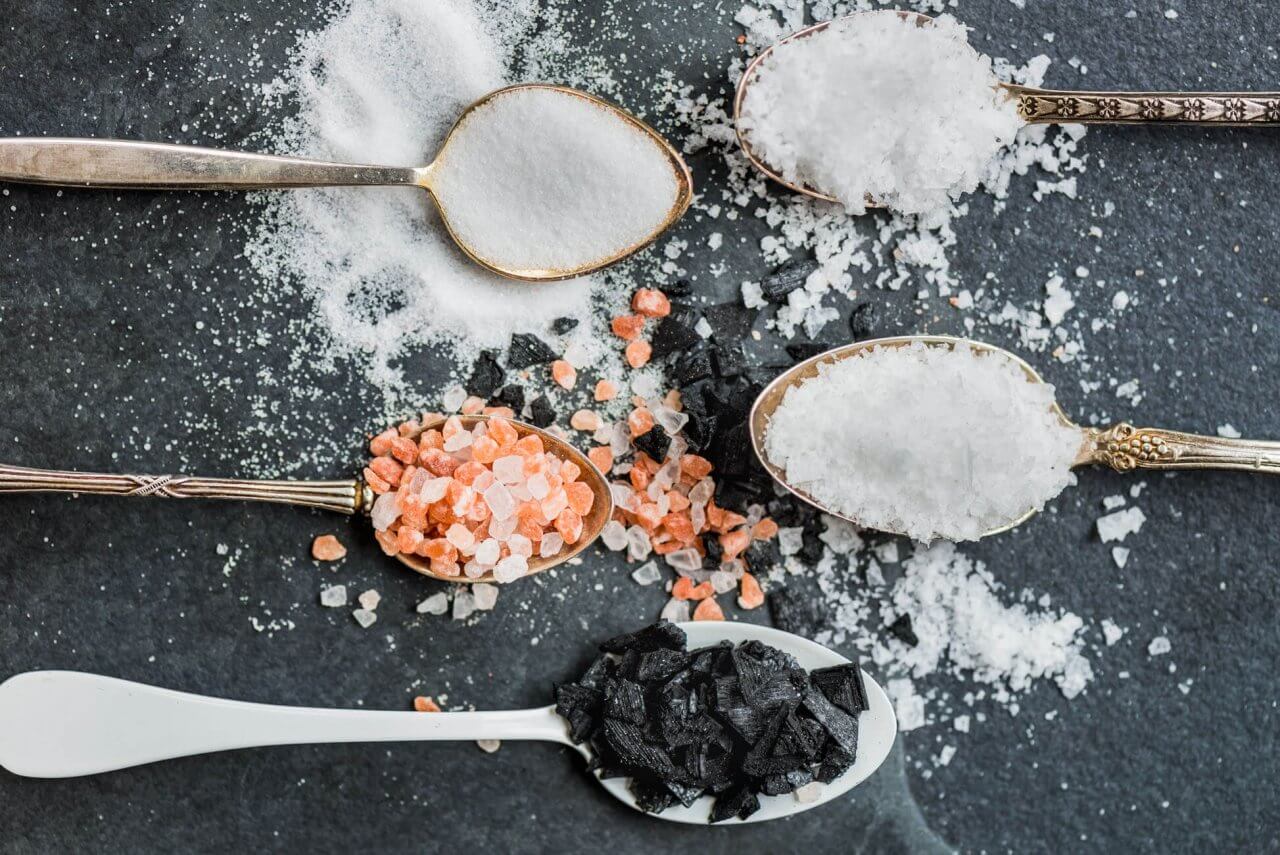 The varieties on offer have recently increased and different kinds of salt ranging from sea salt to rock salt and pickle salt are now available. There are many different varieties of salt around the world: smoked salt to add flavour to your dish; seasoned salt mixes; Kosher salt; Shio salt from Japan; pink Himalayan salt; black Hawaiian volcanic salt etc. However, these developments have made things very confusing.

First of all, why salt? Salt can either be naturally found in food or derived from lakes, seas and rocks. The body needs a daily salt intake of 4-6 grams. Salt is needed for our bodies to retain water. It is also necessary for proper muscle and nerve functioning. Salt is found in natural food in small quantities. The foods that are the highest in sodium include green vegetables, milk, meat and eggs. Of course, it is also in processed food such as olives, cheese and pickles. 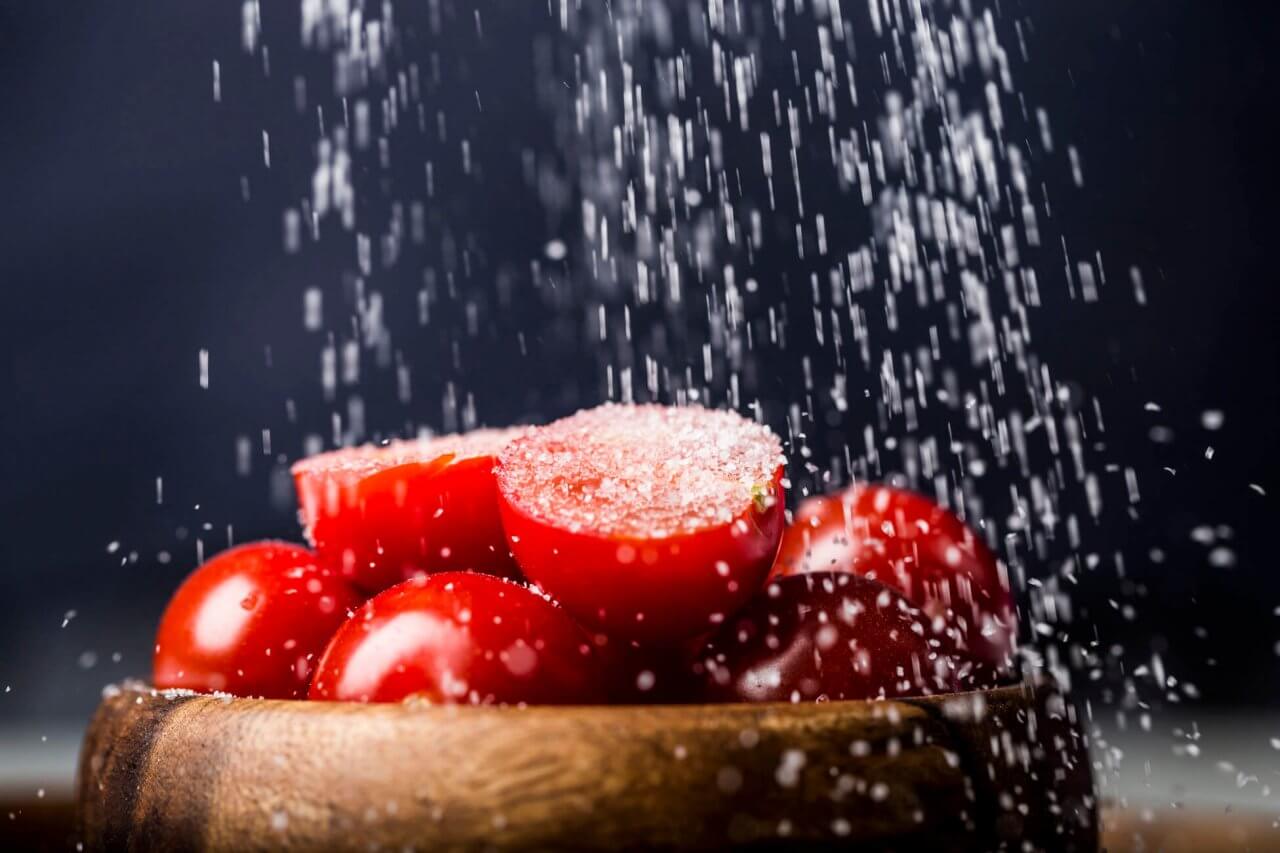 Table salt, or common salt, is a type of chemically-processed salt obtained from underground sources. As a result of these processes, all of the useful minerals that salt contains are destroyed except sodium and chloride. Sodium aluminosilicate is also added to prevent moisture affecting the salt and ensure it is free-flowing. Additionally, the additive potassium iodide (iodate) is also used in table salt to add iodine, which is necessary for thyroid and brain development. As they are processed, these types of salt are no longer recommended. For example, in his book “Salted”, Mark Bitterman, a food writer and the owner of a salt store called The Meadow, writes: “Think of industrial salt like you would think of open-heart surgery: Use it only if your life depends on it”.

Sea salt contains more than 80 minerals that are important for human health including sodium, potassium, calcium and magnesium. Iodine is naturally found in sea salt. Unrefined sea salt is produced without any processing and is obtained through the evaporation of seawater only by the sun and wind. Not only is it a healthy type of salt, but it is also natural and so has a much richer flavour than table salt.

“Fleur de Sel” (meaning flower of the sea in French), a type of sea salt, can be produced in various regions worldwide; however, the best is found in the natural salt marshes of Guérande on the Atlantic coast of France. This salt is collected meticulously using thousand-year-old traditions and special tools with no machine intervention. It can be collected only between July and September in very small quantities and is regarded as the most precious of all salts with its slight violet aroma, mineral content and a texture reminiscent of a tiny snowflake. A small sprinkling over grills, eggs and even chocolate can immensely intensify the flavour of your dish. Salt flakes are formed when the surface and edges of sea salt molecules grow at different rates. Salt flakes resemble a snowflake and have wide and flat granules. It goes with meat dishes and desserts – particularly caramel and chocolate.

Let’s talk about rock salt. Unrefined rock salt is also highly rich in minerals. The raw form of rock salt, which started to form thousands of years ago, is the most precious. As they have no contact with water, such rock salts are all-natural crystal salts containing dozens of minerals. There is also stalactite salt. This comes from between salt layers when underground water moves above ground from the rock salt springs in the hottest months of the year. Similarly, it does not contain any pollutants but is lighter than crystal salt. When buying rock salt, it is best to choose its unground form if you are not familiar with the manufacturer.